Safety, Security, and Everything in Between

How to train to survive a shank attack

One of the most dangerous and feared homemade weapons in corrections is the shank or shiv; here’s how to defend against an attack

Correctional officers can be attacked by inmates using a variety of weapons.

Improvised weapons consist of weapons of opportunity (any item lying around) that are used to strike, swing or throw at staff, or weapons manufactured by an inmate for the sole purpose of injuring or killing.

One of the most dangerous and feared is the “shank” or “shiv,” typically defined as any homemade prison knife.

Prison shanks are generally made to puncture versus slice skin. A puncture wound is a more effective and efficient killing mechanism than slicing. Plus inmates can more easily fashion a point on most items that, with enough force, can penetrate the human body.

Some disciplines stress striking to incapacitate the attacker as the primary means of defense. Others emphasize trapping the weapon and disarming the attacker, or incapacitating the limb. Most of these have some merit in their application, although they are also limited by their assumptions. These assumptions include:

Inmates frequently use puncturing weapons and utilize the element of surprise in attacks. In addition, not all potential victims are the same. The size, strength or even skill level of the intended target can influence the type of response they utilize. Consider all these factors when determining how to respond to a knife attack.

The three most popular methods of attack used by inmates are:

While researching this article and reviewing 50 online videos depicting knife attacks, the overhand attack was used 65 percent of the time. This is likely due to the fact that attacks are generally emotional in nature. During emotional responses, the body frequently resorts to gross motor or strength-based movements. Similarly, fist fights often start with a haymaker style punch. The overhand knife attack is also an emotional style of response and is very similar to the image depicted in the movie “Psycho” where the killer uses an overhand throwing motion to plunge the knife into the victim.

The underhand attack was used in 29 percent of the attacks. Nearly three quarters of these assaults were calculated surprise attacks. The attacks either resembled an underhand style softball throw or a thrusting motion directed at the mid-section of the victim.

In both the overhand and underhand attack, a pattern emerged. The attacks were often a surprise in nature and the attackers frequently used a frenzy of stabs during the attack. The frenzy was part of an initial cluster of strikes to start the assault or continued until the victim appeared incapacitated. Most edged-weapons classes do not address this level of ferocity of attack, which is extremely difficult to defend against.

The slicing or swinging style occurred in 6 percent of the assaults. In each of these attacks, a larger knife or machete style instrument was used. Of the three types of attacks, this type appeared to give the best chance for the victim to defend or escape.

How do I defend against an edged-weapon assault?

This is a difficult question for which there is no simple answer. Stylistically there is no one style that will enable all people to defend against all knife attacks. Furthermore, an in-depth dissemination of training practices and techniques cannot be captured in a single article or without practical hands on practice.

Common techniques taught in most defensive tactics classes provide the tools that, if properly applied, can be used to confront knife attacks. Jabs, punches, front kicks and lateral movements can enable victims to create or maintain distance.

Ground fighting and close distance stand-up fighting “trapping” techniques can aid you in establishing a good position when in close with your attacker. Various techniques enable weapon disarming or incapacitation of the limb that holds the knife. These are all viable options when the situation and circumstances dictate.

Other unconventional tactics not usually taught can aid in survival. In a review of 50 knife attacks several people were able to survive, or at least limit further damage, by putting objects as well as distance between them and their attacker. Items such as beds, chairs, tables, desks, pillars or walls can be used to create and maintain an adequate yet temporary safe zone. In other words, “Buy yourself some time.”

How to develop a survival mindset

When training to respond to a knife attack, accept that you may be injured. Plan and prepare for this as part of your training. Know that you can fight back even when you are hurt.

More important than any technique, you must adopt the mindset that you can and will survive. If you’ve never been placed in a life-threatening situation you may not know how you will actually respond. This fight or flight reaction is a natural human response to life-threatening encounters.

In reviewing knife attack footage, you can identify different mindsets. Some people fall to the ground and crouch helplessly in the fetal position while the attack continues, while others are determined to survive by fighting back or creating distance and buying time.

Visualization exercises are a great way to condition your mind to respond to life-threatening incidents, while maintaining a constant state of situational awareness is one of your best tools of defense against any attack.

As with other inmate attacks, knife or “shank” attacks are usually done in an ambush style. While you can’t always control this, you can control the manner in which you respond. Make yourself a hard target by being constantly vigilant and always expecting the unexpected.

Rusty began his career in 1997 working as a correctional officer at a men’s medium security prison. While working in the prison, he also served as K-9 sergeant, lieutenant and captain. He was a member of the Correctional Emergency Response Team for 15 years and held law enforcement instructor certifications in defensive tactics, chemical agents and firearms. In 2013 he became a full-time academy instructor where he instructed courses in several topics within the field of corrections and law enforcement. In 2019 he moved to his current position where he serves as a Department of Public Safety Bureau Chief. Rusty received his Bachelor's degree in Criminal Justice Administration from Bellevue University and completed graduate work at Fort Hayes State University. Rusty can be contacted by email.

Brought to you by 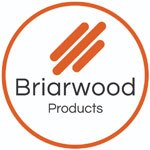 What's this?
This editorial content is produced with the support of our sponsors