How to maintain jail operations during the COVID-19 pandemic

Prevent and combat COVID-19 and contagious diseases in corrections

Responding to coronavirus in prisons and jails

The whens, whys and hows of force in a correctional setting

You need a plan for coronavirus in your facility

How an assault on a CO impacts their family

Why correctional turnover is so high

What happens when you test positive for COVID-19?

Which states reduced their prison rates last year, in one map

WASHINGTON — A new report by the Brennan Center for Justice shows which states have managed to shrink their inmate populations in 2013.

Working with data released in September 2014 by the Department of Justice, the map depcits each state's change in imprisonment rates.

According to the Brennan Center, Arkansas had the highest increase at 17 percent, while Alaska had the biggest drop at 10.1 percent, when comparing their 2012 to their 2013 populations.

On their website, the map is interactive and gives more detail regarding each state’s incarceration rates and attempts to alleviate exploding inmate populations.

Red indicates a higher number, while blue is lower. Only Illinois and Nevada did not provide statistics. 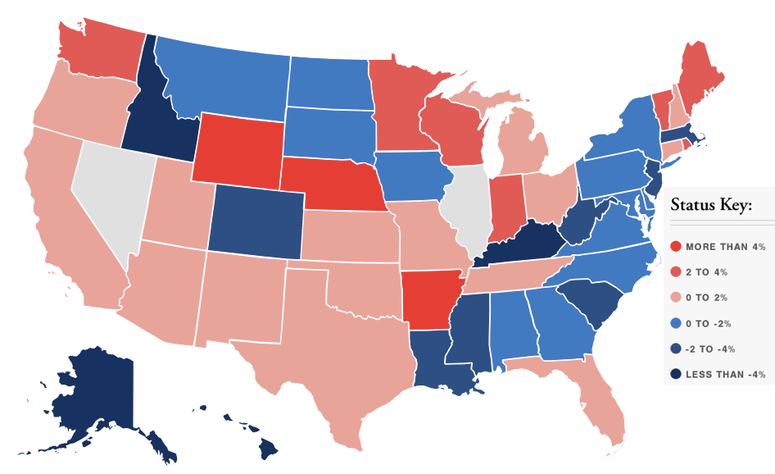 7 tips for surviving your relationships

Ohio county CO quits amid investigation into relationship with inmate

McDonald’s employee refuses to serve paramedic, won’t serve ‘anyone with a badge’