Safety, Security, and Everything in Between 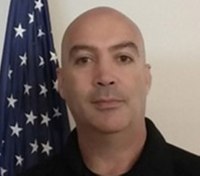 Rusty began his career in 1997 working as a correctional officer at a men’s medium security prison. While working in the prison, he also served as K-9 sergeant, lieutenant and captain. He was a member of the Correctional Emergency Response Team for 15 years and held law enforcement instructor certifications in defensive tactics, chemical agents and firearms. In 2013 he became a full-time academy instructor where he instructed courses in several topics within the field of corrections and law enforcement. In 2019 he moved to his current position where he serves as a Department of Public Safety Bureau Chief. Rusty received his Bachelor's degree in Criminal Justice Administration from Bellevue University and completed graduate work at Fort Hayes State University. Rusty can be contacted by email.