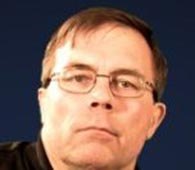 Experience, expertise and communication skills are the criteria by which a defensive tactics instructor is judged. By these measures, Gary T. Klugiewicz is recognized as one of the nation's leading control systems analysts specializing in the Use of Force.

Gary is the training director for Vistelar (www.vistelar.com), a global consulting & training firm that addresses the entire spectrum of human conflict. His Verbal Defense & Influence (www.verbaldefenseandinfluence.com) training program is used worldwide in a variety of disciplines to teach non-escalation of conflict and reduce the need for de-escalation tactics. Gary specializes in transforming theory (“fire talks”) into reality (“fire drills”) through the use of Emotionally Safe Performance-Driven Instruction.

He retired from the Milwaukee County Sheriff’s Department in 2001 after 25 years of service, during which he rose to the rank of captain. As a former Street Survival® Seminar instructor and internationally known defensive tactics instructor, Gary’s training has impacted literally hundreds of thousands of officers.

Gary Klugiewicz has spent more than 30 years as a line officer, supervisor, and a control systems designer. He currently serves as a defensive tactics consultant for numerous police and correctional agencies throughout the United States.