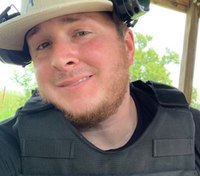 Curtis graduated from the University of Tampa with a Bachelor of Science degree in Criminology in 2009 and received his Master of Arts degree in Criminal Justice from Arizona State University in 2015. Curtis was a member of the Alpha Phi Sigma Criminal Justice Honors Society upon graduation. Curtis has held the position of Correctional Officer in both Louisiana and Tennessee and is currently serves with Kansas law enforcement where he conducts criminal and internal investigations involving inmates and staff.

Curtis’s main focus is on general penology, paying special attention to inmate reintegration, the influence of society, and the future of corrections. Curtis has appeared as a guest on Anthony Gangi’s “Tier Talk” on several occasions and is dedicated to the progression of the criminal justice system.

"The degree of civilization in a society can be judged by entering its prisons." — Fyodor Dostoevsky