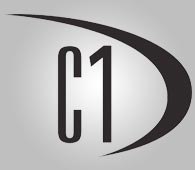 Sergeant Todd Gilchrist started his career in Public Safety as a part time firefighter in 1989 and became an Emergency Medical Technician in 1991. After graduating from the police academy, he started his career in law enforcement as a Corrections Deputy for the Muskegon County Sheriff’s Office in 1995. Todd was promoted to Sergeant in 2007 where he has supervised the correction, court services and transport divisions. He is also an instructor in Corrections and Emergency Medical Services and serves on the West Michigan Criminal Justice Corrections Training Consortium. Todd graduated from Northwestern University’s Center for Public Safety, School of Police Staff and Command in 2012 where he was awarded the Franklin M. Kreml leadership award.